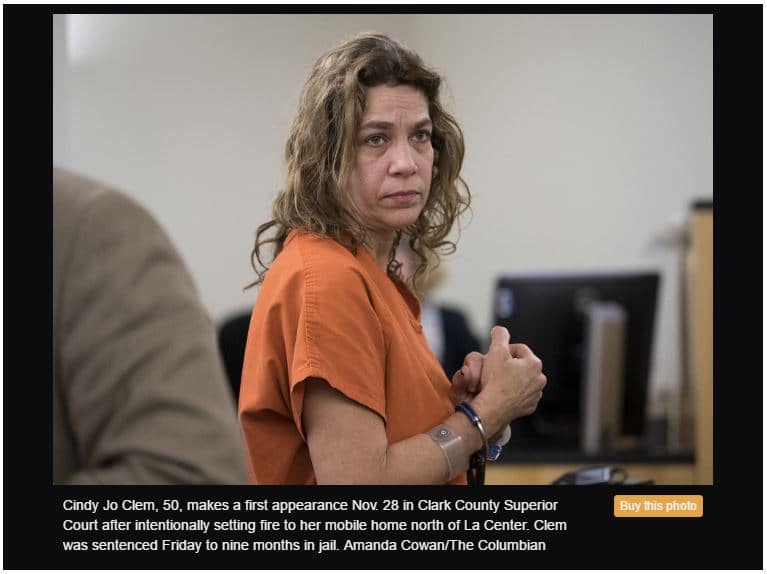 She set mobile home ablaze after boyfriend broke up with her

Summary
​A La Center woman who set multiple fires inside the mobile home she was renting, following a breakup with her then-boyfriend, was sentenced Friday to nine months in jail.
​
Cindy Jo Clem, 50, previously pleaded guilty in Clark County Superior Court to second-degree domestic violence arson and entered an “in re Barr” plea to third-degree assault, which allows a defendant to plead guilty to a lesser related charge she didn’t commit in order to avoid conviction for a greater offense…

​Her attorney, Nick Wood, said Friday that Clem had a tumultuous upbringing and suffers from mental health issues. She had on more than one occasion tried to end her life, he said, and was self-medicating with alcohol.
​
“This was someone in crisis. This was someone so in crisis that she wanted to end her own life,” Wood told the judge…