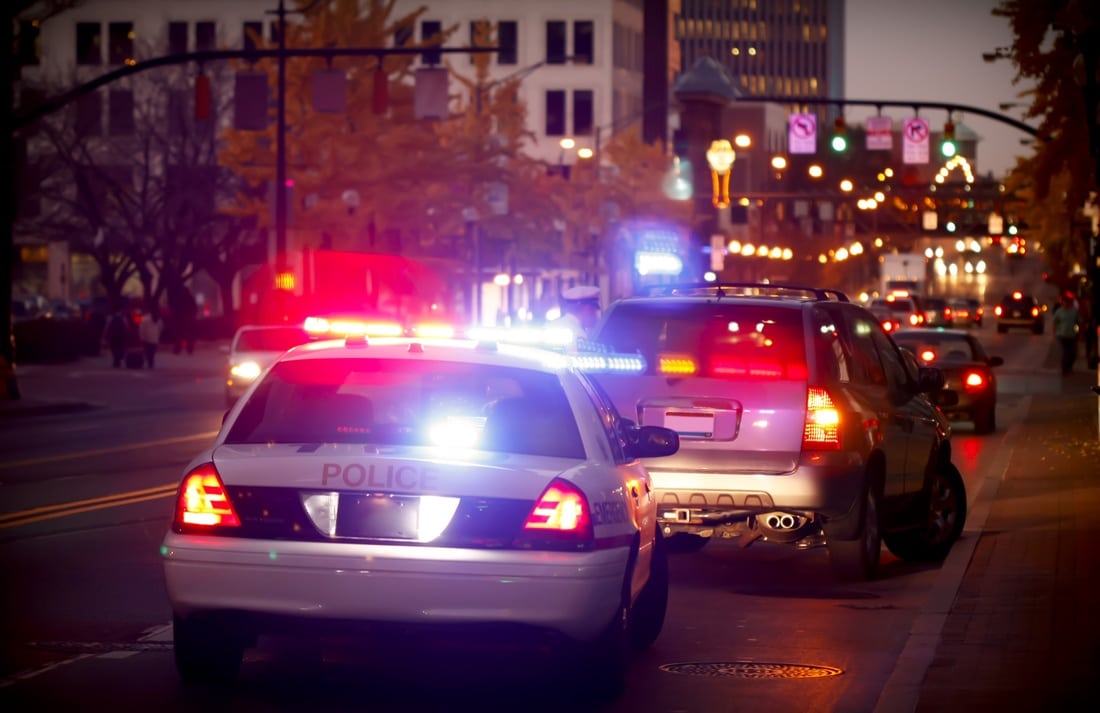 Part 1 of 3 Regarding the Anatomy of a DUI Arrest

Law enforcement officers are taught that the DUI arrest process is broken down into three main sections generally:  1.  Vehicle in motion, 2.  Personal contact with the suspect, and 3. Pre-arrest screening.  Officers typically have to justify each step to move on to the next in order to ultimately justify a DUI arrest.  However, there are circumstances when an officer does not need to actually observe the vehicle in motion and can still ultimately make a DUI arrest. The most common scenarios occur when a police officer interviews someone who admits to driving a vehicle, while not actually witnessing the suspect driving the vehicle and/or other people witnessed the driver driving the vehicle, etc.  Now, let’s talk about each of these phases in turn, beginning with the “vehicle in motion” phase.

The vehicle in motion phase of a DUI arrest process takes into consideration how the person who is now under investigation for DUI drove the vehicle itself. First, law enforcement must have a legal justification in stopping (seizing) a moving vehicle, in order for it to be a lawful seizure under the federal and Washington state constitution.  Specifically, the Washington Supreme Court has held,

Warrantless traffic stops are constitutional under article I, section 7 as investigative stops but only if based upon at least a reasonable articulable suspicion of either criminal activity or a traffic infraction, and only if reasonably limited in scope.

Second, there is also a critical evidentiary reason to make driving observations of the suspected DUI driver.  In my experience as a DUI Attorney, most people investigated for DUIs are not involved in any sort of accident or near accident.  Most people who are investigated resulting in an arrest for DUI are stopped for routine driving infractions, like speeding or land travel. Speeding is something that everyone does at some point when they are on the road, and so if that was the only basis for the stop, then it is a very good tool to use, assuming the speeding was not significantly over the speed limit. In the trial, I will typically emphasize all the things that the driver did correctly while operating his or her car, such as not weaving in the road/stayed in his lane.  This, of course, is the classic antithesis against what most people think of when they think of a DUI driver—weaving in the road nearly colliding with other cars, following too closely to another car, etc.  Remember in Washington State the prosecution has to prove beyond a reasonable doubt that the person was appreciably affected by his or her use of alcohol, drugs or a combination of both (assuming there is no breath or blood test). Also, lane travel violations typically involve circumstances when a vehicle fails to stay within its lane of travel.  Now understand this is a situation involving degrees and the driving environment at the time of driving.  A dark winding road at night, in fog or just a few minor lane deviations, is a significantly different set of circumstances than the person who cannot keep their car in the lane and is weaving dramatically. Thus, if evidence suggests that there was not poor driving that can be the most powerful piece of evidence that the suspect was not impaired at the time of driving (assuming the state does not prove beyond a reasonable doubt the per se blood-alcohol or THC level.

Now it also goes the other way– if there is evidence of poor driving (weaving, near accident, accident, etc.) that certainly can point to impaired driving.  However, again, it is also important to evaluate the circumstances surrounding any alleged poor driving issues, as sometimes there may be other explanations as to why someone had those driving issues other than due to impairment. For example, sometimes there are mechanical issues with the vehicle; did something happen in the car to make the person weave or swerve, like spilling coffee on their lap, getting into an argument with a passenger, which caused them to pay less attention to the road and more on the “argument”, or did something cross their path and they had to react to avoid an accident.  Was the driver using his cell phone while driving, causing him or her to be distracted– while this certainly an admission to a traffic infraction, it certainly would be relevant to why driving may have been less than stellar other than due to impairment.  Ultimately, in most DUI cases the officer makes a decision to stop the vehicle and contact the driver.  At this point they are still gathering information to use against the driver, as they will make note of how the driver responds to the signal for the vehicle to pull over—does the driver immediately pull over; does the driver pull over in a responsible way or do they pull over in such a way that it adds to the officer’s suspicion about impairment. Not at this point, the officer typically moves from The Vehicle in Motion Phase into the Personal Contact with the Suspect Phase.